Two islands and a balance of light and dark colors help this remodeled kitchen fit neatly into a large space.

Even in a home that’s a little traditional, an overly ornate kitchen can seem out of place today – highly decorative crown mouldings and corbels don’t always fit with modern family lifestyles.
The original kitchen in this house was a case in point, says designer Janice Teague CKD, CBD of Drury Design Kitchen & Bath Studio, who was commissioned to design a new kitchen for the owners.
“It had a very traditional styling and included a gazebo-like structure with columns in the middle of the room. This took up space and interrupted the flow of the kitchen. The cabinetry also looked tired and was starting to come apart.”
Teague says the owners wanted a fairly simple, clean-lined kitchen that would be more open, yet not overly modern.
“The house has a relatively traditional, slightly French look, which influenced the design. The huge size of the kitchen was another factor – this led to the idea of two large, square islands, one to be a workstation for the owner, who is a trained chef, and the other for entertaining, casual dining and homework. A suspended cloud ceiling also helps to break up the space. Lighting within this ceiling avoids the need for extra pendants, which would have blocked the view down the kitchen.”
The designer says the material palette evolved as the design progressed. The team started with white cabinetry, and added dark wood accents that help to anchor the space visually.
“We then brought in a third color for the islands – a soft taupe that provides a nice transition between the very light and very dark. This makes the room blend more harmoniously. The door style also helps – the stile and rail design with a bead applied moulding is a little softer than a traditional Shaker style.” 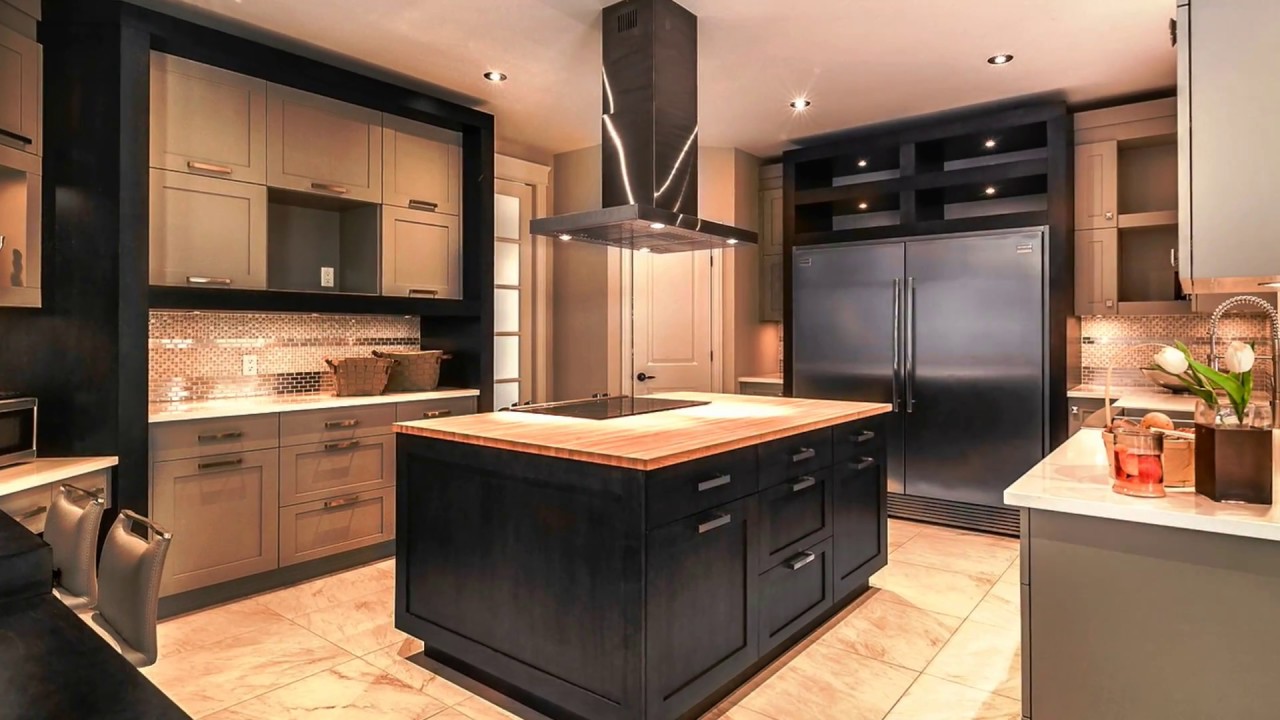 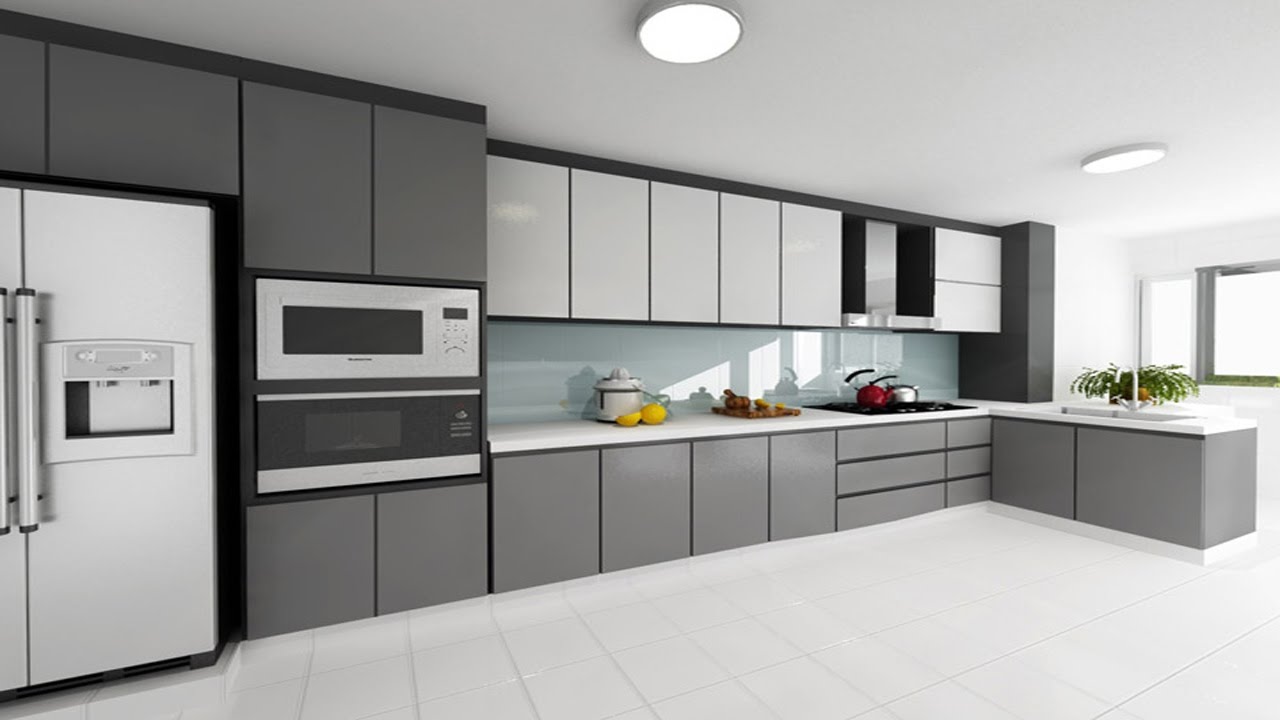